A motherboard is the brain of a computer, and without it, the machine would be useless. It can be difficult to find a motherboard that meets all of your requirements and includes all of the required components. Each motherboard is somewhat different, making it difficult to decide which one to buy. Now for your desktop setup, you have picked the powerful AMD FX 8350 CPU family.

Moreover, you want to put together a set of high-quality parts that will work nicely with it! Therefore, the next step is to identify the best motherboards for AMD FX 8350 processors, and if you are seeking the ideal motherboard, you have come to the right spot.

There is an ocean of options out in the world, which makes it difficult to select the appropriate motherboard, which is compatible with the AMD FX 8350 line of processors. As a result, we have tried to simplify your difficulties in this article, by listing the top motherboards in detail for an effective purchase.

Our Top 3 Picks For You 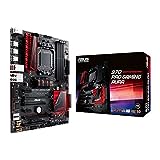 How to Choose the Ideal best Motherboard for Your AMD FX 8350 Processor?

This AMD FX 8350 processor supports a 970 chipset which is a mainstream chipset. The best motherboard for AMD FX 8000 series fast and reliable processor which is an 8-Core Processor with fixed clock speed, with a GPU like GTX 1050 Ti or 1060 will lower the CPU bottleneck and it is an excellent choice.

This combination gives you an excellent frame rate in Full HD resolution (1080P) in modern games, but if you insert RTX 3000 series Graphics card, the bottleneck of the CPU becomes higher. Your graphics card performance will decrease because it cannot support more raw CPU power. So, buying a motherboard that supports overclocking will be a wise decision.

Our Recommendations For the Best Motherboard for AMD FX 8350

This ASUS 970 PRO GAMING motherboard comes with supreme FX audio, which is an ALC 1150 Realtek audio driver. You receive an exciting thing here, to reset your BIOS, you get a jumper. Just beside that, you get an OCJ which is a little overclock connector. Basically, it gives you a PIN out for safe boot, retry and slow mode. If you screw up your BIOS and motherboard would not post, Safe boot is an option for that.

So, you press the safe boot button to set all the motherboard settings back to default. You find a single socket BIOS chip; it does not offer any dual BIOS so, if you screw up a BIOS flash, the motherboard will be bricked. It comes at a very affordable price and gives you some cool premium features like a better cooling system. It has a stable overclocking capability.

If you use this ASUS motherboard in a max temp environment for a long time, then these solid capacitors and other military-grade components will resist the load. You will also get both AMD CrossFire multi-way and the NVIDIA multi-way advanced multi GPU technology which is great for advanced users. That is why we have chosen this motherboard as the Best Motherboard For AMD FX 8350.

So, this is a sum up for the board. Now let us first talk about some of the Pros of this best premium motherboard for FX 8350 and then the Cons.

The UD in the name refers to the Ultra Durable heat sink installed in all the critical components of the motherboard that bears a lot of CPU temperature for a better cooling solution. This motherboard boasts a lot of premium features that you would expect from a high-end motherboard. It does have crossfire and SLI supports. You can run your favorite graphics cards regardless of the platform being AMD or Nvidia.

This GIGABYTE GA-990FXA-UD3 also boasts some new technology here, with two times the copper PCB and new glass fabric PCB. It is designed to be a little bit more moisture resistant and more substantial. This UD3 motherboard does have some high humidity protection which is perfect for those of you who live in wet climates.

This budget motherboard has a dual UEFI BIOS, which is perfect; in case you have a BIOS failure, you are not going to break your motherboard. You will also get an NVidia SLI bridge that comes with the motherboard. This is interesting to me, considering its dual compatibility with 2 way CrossFire, but it does not include a crossfire bridge. So, you should keep this in mind if you are going with an AMD Graphics card.

The North Bridge and the South Bridge is very durable. The VRM made of the copper heat sink which keeps your motherboard and the CPU cool for long life. This motherboard clearly labels each and every component. Gigabyte even takes one step further by color-coding all of the front panel connectors for you and ranked as the best motherboard for AMD FX 8350.

So, this is a sum up for the board. Now let us first talk about some of the Pros of this motherboard for FX 8350 and then the Cons.

This ASUS M5A99FX PRO motherboard enhanced security so that UEFI does not get infected with any malicious software or any viruses. You will get a solid color-coded rear I/O panel. First, you will get eight-pin CPU power, and besides that, you have a digital plus VRM design and uses 6+2 phases. You will get the Network iControl, which is real-time network bandwidth control, as easy as a single click which will help in online gaming sessions for the e-sports players.

You will get 6+2 for the CPU and two more phases for the DRAM for overclocking, which delivers precious power control and also some other premium features. You will have four-pin PWM fan headers. One is for the CPU fan as power heat sinks have more than one fan. You will also get both AMD CrossFire multi-way and the NVIDIA multi-way advanced multi GPU technology which is great for the advanced users who do a lot of gaming and video editing.

So, this is a sum up for the board. Now let us first talk about some of the Pros of this convenient motherboard for FX 8350 and then the Cons.

This ASUS M5A99X EVO board has all the essential features here: DIGI+ VRM along with UEFI BIOS with mouse control. It also has TPU, which is an overclocking switch, as well as TPU for underclocking which is used as an energy-saving switch.

The Northbridge and Southbridge have flawless connectivity. The black and blue colored heatsinks give a unique impressed look. It is one of the popular choices for this AMD FX CPU because you can noticeably boost in-play games with this performance motherboards.

In manual overclocking, you can achieve 4.5 GHz clock speed or more than that. This motherboard has ASUS’ Q connector that allows all front LEDs and the power switch to be attached and plugged into one connector on the board.

So, this is a sum up for the board. Now let us first talk about some of the Pros of this best budget motherboard for FX 8350 and then the Cons.

We selected this MSI 970 Gaming motherboard for the Best Motherboard For AMD FX 8350 because MSI keeps continuing the trends of a red and black gaming theme. It can easily handle your high overclocking clock speed and keep the temperature in control. Atheros Killer E2205 network technology for data packets works flawlessly.

You can get a very decent Benchmark score and real-world performance with AMD FX 8350 by using this board. The heatsinks are very much competent to control excessive heat. You will also get both AMD CrossFire multi-way and the NVIDIA multi-way advanced multi GPU technology which is great for advanced users.

So, this is a sum up for the board. Now let us first talk about some of the Pros of this best budget motherboard for FX 8350 and then, Cons.

A chipset is a circuit that manages the data flow from the main memory I mean the RAM and from the cache memory from the CPU. In that era there were two types of chipsets present in motherboards, they are southbridge and northbridge. There is no integrated graphic chipset available.

RAM is one of the most important parts of the system that you should consider. For this FX 8350 CPU, the recommended RAM will be 16 GB. In every motherboard, you will find that there are only 32 GB of maximum memory support. And also, you should consider the dual-channel architecture or equal memory speed because dual-channel RAM ensures effective performance and produce decent scores with incredible ram speeds.

Expansion sockets are one of the most important things you should notice while buying a new motherboard. Like if you are a gamer or do some graphic designing tasks like video editing in your system then you need one or more high-quality graphics cards. In each and every motherboard you will find the PCI Expansion slot 2.0 x16 slot for the graphics card interface. And also get the x8, x4, x1 for other expansions as well.

How do I know that AMD FX 8350 CPU and MSI A320 m Pro motherboard are compatible?

The Socket of the AMD FX 8350 desktop processor is AM3+, but the MSI A320 pro comes with an AM4 socket, which is not compatible.

Is an AMD FX-8350 good, considering it has eight cores, editing, and rendering-wise?

This AMD FX 8350 processor is eight cores and eight threads; it was launched in 2012, and it has an AM3+ socket. The AM3+ motherboard is now no longer available in the market. AMD is not better in single-core performance so, if you try to play some games, it can play in 1080P resolution, but in 2K or 4K resolution, it struggles quite a bit.

But the multi-core performance is better, so if you want to edit photos or render a video clip, it does your job.

Where can I get an outdated AMD FX 4300 motherboard and socket AM3+ for my PC?

This item is no longer available right now in the market. If you still want to buy, go to some local IT shops they can arrange for you. Otherwise, you can get in eBay, Facebook marketplace, Olx, snapdeal , or some other places as refurbished products.

What is the Intel equivalent to AMD FX 8350?

As you can see, there are many possibilities when it comes to choosing the best motherboards for AMD FX 8350. You should be able to find one that fulfills all of the requirements that we have mentioned above, as this list was compiled using the greatest features available, such as form factor, chipset, and socket, slots, and ports among others.

Hence, there does not arise a question of dissatisfaction if once you choose any of the options from the given list.

After these, if you are still confused, then feel free to comment down below; we will help you to select The Best Motherboard For AMD FX 8350 for you.

Please do check our other articles and don’t forget to visit G-Prime every week. We keep on posting new content every Sunday.

g-prime.net is a participant in the Amazon Services LLC Associates Program, an affiliate advertising program designed to provide a means for sites to earn advertising fees by advertising and linking to Amazon.com.